Proposing with a diamond ring is a tradition for us now. But, have you ever wondered how it came to be? It had to start somewhere! And, how has it changed since it was originated?

Below is a brief history of how we got to getting down on one knee to propose our love for our partners. Putting our love into a ring did not start with Valentine’s Day or the rise of commercialism. It started way before online shopping and commercial department stores.

It all started with the ancient Egyptians who believed that circles were signs of eternity. So, it was only natural for them to associate rings with loving someone forever. Couples getting married would wear braided rings made out of reed. And, like today, the rings were worn on the left ring finger because there is a vein that runs from there to the heart. How romantic! 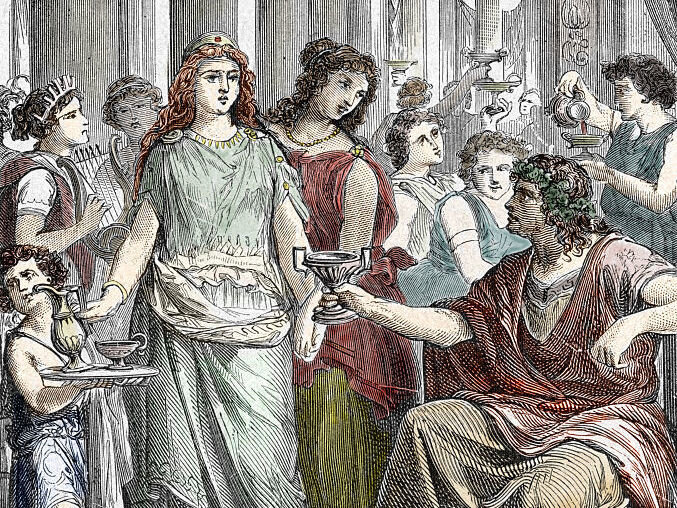 The ancient Romans in the 2nd century B.C. were not as romantic. Yes, they did exchange rings as a form of money or payment for their wives. However, this was done more out of ownership than love. It was a binding legal agreement rather than a lovey-dovey union.

Diamonds were not associated with engagement rings until 1477 when Archduke Maximillian of Austria proposed to Mary of Burgundy. Maximillian went all out when he presented Mary with a ring that had her initial “M” spelled out in diamond pieces on the band. This was the start of elaborate rings since gems were a sign of nobility during that time. Over time, engravings and personalizations, like the “M” and poetic lines, also became popular.

“A Diamond is Forever” When diamonds were discovered in South Africa in 1880, it became a necessity for people to purchase diamond engagement rings. This was because the finding of the diamonds sparked a marketable ad campaign. After the Great Depression the famous slogan “A Diamond is Forever” was posted everywhere. And, with that, diamond engagement rings became the most popular purchases from jewelry stores. Now, in modern times, diamonds are still traditionally incorporated in engagement rings. However, there are a lot of different options now too such as colored gems. There are also more styles and cuts and types of metals that customers can choose in order to guarantee that their ring is special and personalized.  But, no matter what an engagement ring looks like, it still means the same thing it did to the ancient Egyptians: Eternal love.